The Utility Billing Department helps residents get access to City-provided utilities. Services provided by the department include:

Public Hearing: At 5:15 p.m. (or thereafter) on Thursday, June 23, 2022, at the Avenal Theater & Event Center, 233 E. Kings Street, Avenal, CA, the Avenal City Council will hold a public hearing on proposed increases in rates for water and sewer service, and to hear and consider objections and protests to the proposed increases described in this notice. Access to the meeting is also available by phone or internet, with specific connection information to be on the City Council Meeting agenda, made available on the City’s website (www.cityofavenal.com) to the public prior to the hearing.

Rate Study Report: A Rate Study Report by IGService, dated April 19, 2022, describing details of the water and sewer rate changes and the method used to calculate the rate changes has been prepared, and the contents submitted to the City Council. The report is available at City Hall and can also be found on the City website.

Reason for the Needed Increase in Water and Sewer Revenue: For water, the primary reason for the needed overall revenue increase is to cover increasing expenses to provide safe and reliable water to Avenal’s residents, and further to meet bond requirements. For sewer, the overall revenue increase is needed primarily to cover ongoing inflation. For both water and sewer, cost-of-service adjustments have been made for more fairness across customer classes. For example, some multi-family customers and newer single-family homes with one-inch meters may see a decrease in water costs, and Avenal State Prison will see a decrease in sewer costs. Details of the rate changes for both water and sewer can be found in the Report. Revenue from the modified rates and charges will not be more than the funds required for the City to provide adequate service. Specifically, the proposed rates do not exceed the proportional cost of providing each service.

Procedure for Hearing and Determining Majority Protest: At the time stated above in this Notice, the Council will hear and consider all objections and protests, if any, to the proposed increases and other matters described in the Report. The Council may continue the hearing from time to time. At the close of the hearing, if written protests against the proposed increases are presented and not withdrawn by a majority of the record owners (or customers-of-record) of the parcels which would be subject to the increases, the City may not impose the increased water and sewer rates; instead, rates would continue at their existing levels. If, at the close of the protest hearing, there is no majority protest as described above, the Council may approve the increases, as proposed, or as changed by the Council, to be effective July 1, 2022.

How to Submit a Protest. Protests may be submitted by the record owner or tenant who is a customer-of-record of the parcel and subject to the proposed rates, but only one protest per parcel will be counted. Written protests must contain a clear statement that it is a protest against the proposed increases, identify which utility (i.e. water, sewer, etc.) increase is protested and it must include the name of the owner or customer of record, a description of the parcel or parcels (Assessor’s Parcel Number or street address) and an original signature of the owner or customer of record. Written protests regarding the proposed rate changes may be mailed or personally delivered to: City of Avenal, City Clerk, City Hall, 919 Skyline Blvd., Avenal, CA 93204. To be valid, a protest must be in writing and received by the City Clerk at City Hall no later than 4 P.M. on the date of the hearing or, if presented at the hearing itself, before the close of the public hearing on June 23, 2022. Fax or e-mail protests, and copies of protests, are not acceptable and will not be counted.

Preserving the Right to Challenge: Separate from the right to file a protest, any person who wants to preserve the opportunity to file a lawsuit challenging the proposed increases, if imposed, or other matters described in the Report, must state the specific grounds for the objection, and submit that objection in writing prior to or during the public hearing, or orally during the public hearing. Any grounds not provided and received before the close of the public hearing on June 23, 2022, will be deemed waived and may not be raised in any subsequent lawsuit.

Additional Information: Please direct questions about the proposed rate proceeding to Angie Ortiz, City Clerk, at (559) 386-5782, or by email to cityclerk@cityofavenal.us.

The original notices and proposed rate changes in English and Spanish along with the original study can be found in the Helpful Documents section below. 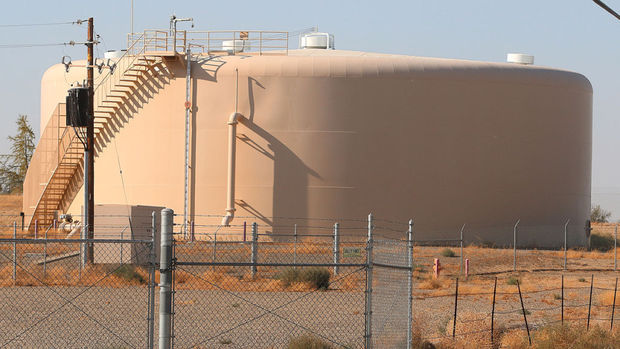